A Pioneer Press analysis of registered lobbyists found that since 2002 alone, at least five dozen legislators have registered to lobby their former colleagues once their election certificates expired. Their ranks include three former Senate majority leaders, former House and Senate minority leaders, former committee chairs, former lawmakers who worked for the state government and then turned to lobbying, and a host of others.
https://public.tableau.com/javascripts/api/viz_v1.js 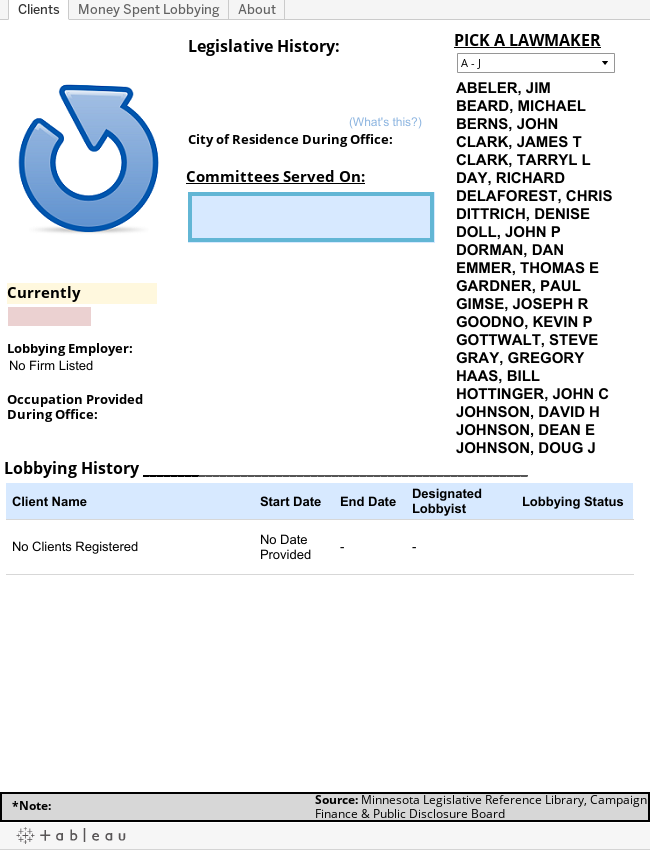